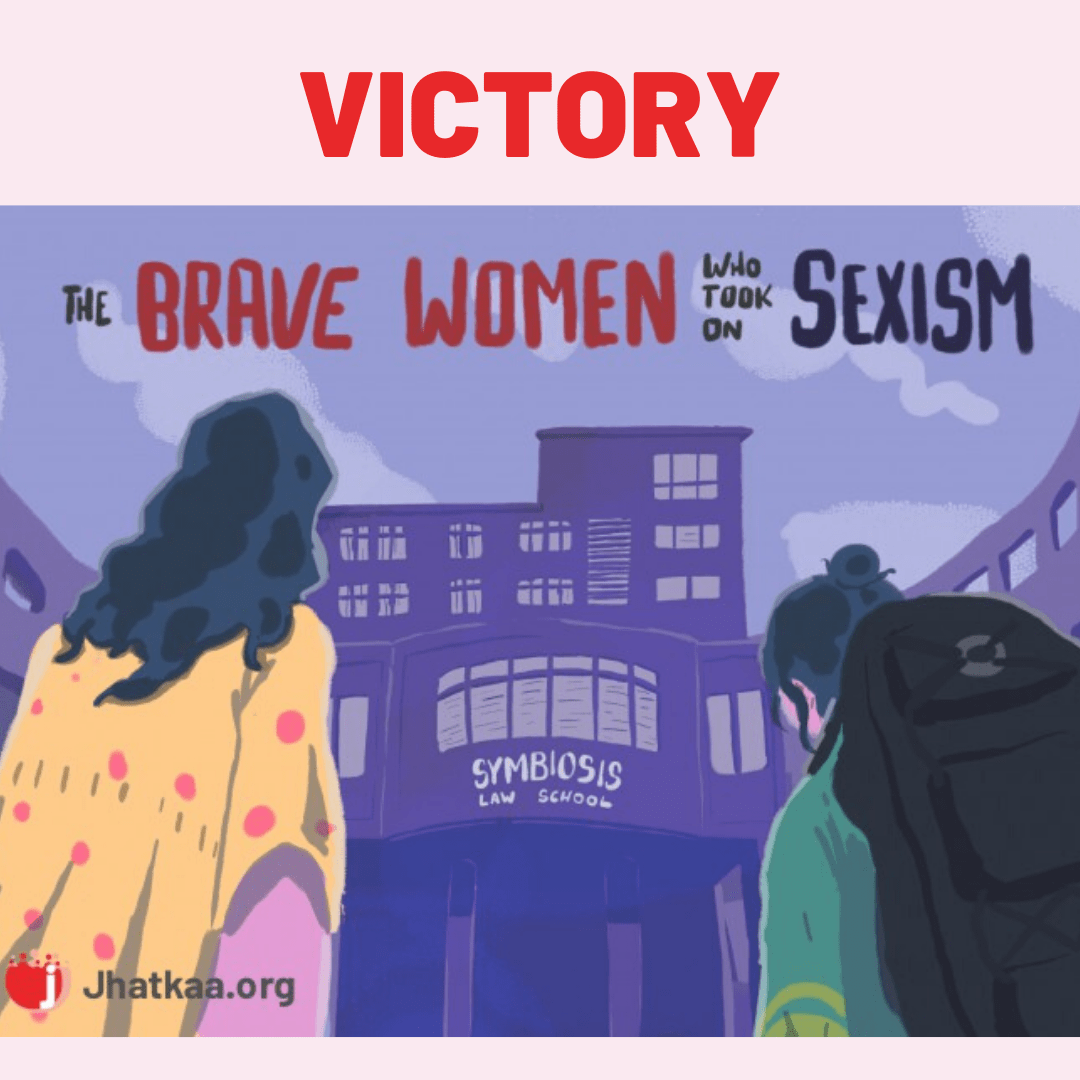 And what a victory!

Last year in November, two students at Symbiosis Law School – Hyderabad (SLS-H) were thrown out the college campus for two (among many other of their rebellious acts) reasons — calling out a professor for sexual harassment and demanding more efficient Internal Complaints Committee (ICC).

A year later, they are back! Let us take you through how (in)conveniently Symbiosis allowed the two students on the campus again

Jhatkaa.org started a campaign asking the college to start an ICC investigation into the case and take the students back with immediate effect. 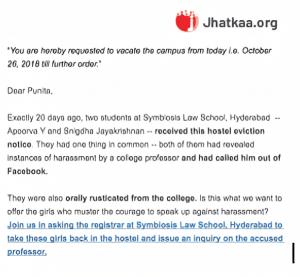 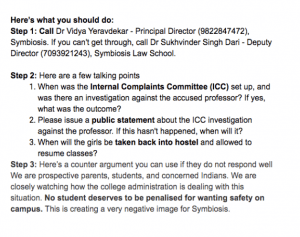 Pt.3: A bunch of letters to 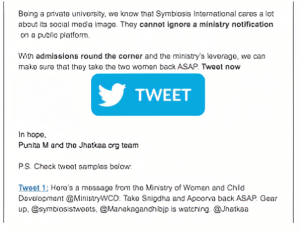 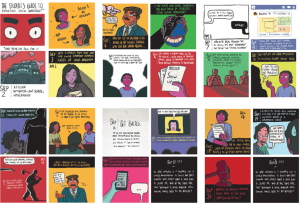 …and it turned heads

…and got the media mobilisation to spread the word.

Here’s what we got: 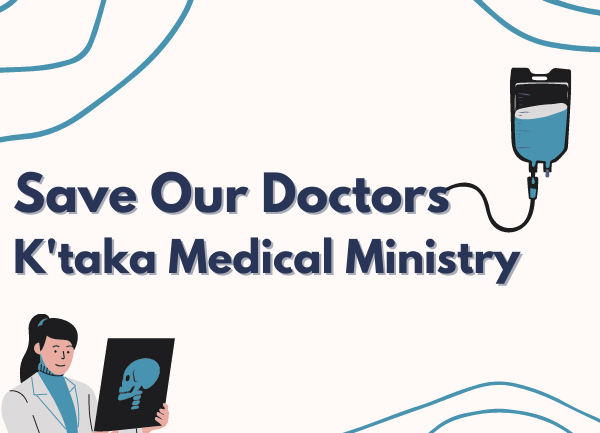 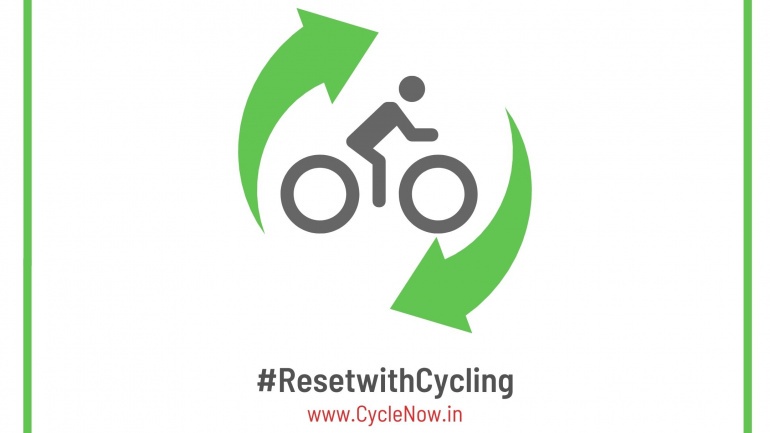