As if the global situation wasn’t already stressful enough, the release of the latest IPCC report has sounded the alarm bells once more.

The IPCC AR6 WGII report, titled IPCC AR6 WGII ‘Climate Change 2022: Impacts, Adaptation, and Vulnerability,’ has highlighted the spectrum of impacts the world is likely to face if global emissions continue at their current rate.

India remains one of the world’s most susceptible countries because of its location. The country is facing a wide range of terrible repercussions, from economic shocks to impacted human survivability to impacted food production and shortages of other key supplies.

While we may all be in the same storm, it is important to acknowledge that we are not on the same boat. The climate crisis impacts everyone differently and some are more vulnerable than the others. Among the most vulnerable, women in India have had to face the worst of the crisis. Climate change has increased sex trafficking among women and children, they’ve been prone to longer hours of work with decreased decision making capabilities, inability to access government schemes because of inequitable land distribution among others. Asmita Deo, scientist at the Indian Institute of Tropical Meteorology, in her study published in May 2015 found that climate change disproportionately impacted households headed by women, with 80% reporting fewer job options and 70% reporting more difficulty and longer work hours during and after disasters.

The following is a list of India-specific consequences listed in the IPCC assessment for 2022 and how they impact women.

India is one of the most vulnerable countries globally to sea-level rise, which would result in additional land being drowned, routinely inundated, degraded, or rendered unusable for cultivation due to saltwater intrusion.

The majority of these repercussions will be concentrated along India’s 7516.6-kilometer-long coastline and its dense population.

Around 3.5 crore people in India might endure annual coastal flooding by the middle of the century, increasing to 4.5 to 5 crore by the end of the century if emissions remain high.

Economic expenses associated with sea-level rise and river flooding will likewise be among the highest in the world for India. The analysis estimates direct damage at between $24 billion (181 thousand crore rupees) if emissions are reduced at the current rate and $36 billion (272 thousand crore rupees) if emissions remain high and ice sheets remain unstable.

Even such tremendous loss, however, may be grossly underestimated, as another study mentioned in the article estimated that damage from sea-level rise in Mumbai alone may reach $162 billion per year by 2050 if emissions continue to climb.

Climate change in India increases sex trafficking of women and children. Thousands of girls go missing in West Bengal every year, according to India’s National Crime Records Bureau. Around a third of those officially missing are from Sundarban. The world’s largest mangrove forest spans India and Bangladesh, forming a natural barrier between the Bengal delta and the Indian ocean. It is one of the world’s most climate-vulnerable regions. The Fuller Project interviewed a dozen child trafficking survivors, as well as over a dozen activists, lawyers, environmental experts, and government officials, who describe how repeated natural disasters and environmental changes have created an extremely vulnerable population that is increasingly at risk of becoming involved in or a victim of trafficking.

Human trafficking is not a new occurrence in the Sundarban, but the impact of cyclones exacerbated it significantly. The number of missing females in West Bengal has progressively increased in recent years, rising from 5,986 in 2016 to 6,640 in 2020. While there is no statistics pertaining to the Sundarban, the two districts that comprise the Indian side of the forest account for 32% of sexual offences such as trafficking — while accounting for less than 20% of the state’s population.Climate change results in migration, which results in human trafficking, which results in child and women protection concerns. When it comes to policies, this chain is absent.

Climate change, along with increased demand, may mean that almost 40% of the population in India would face water scarcity by 2050, up from 33% today, according to research quoted in the paper.

On the other hand, both the Ganges and Brahmaputra river basins are projected to see increased floods as a result of climate change, particularly if the temperature rises above 1.5°C.

When floods sweep in Odia, the eastern state of India, women sit on their beds for as long as 15 days. The seawater also makes its way into the underground water resources and pollutes it. According to a 2014 research by India’s ministry of water resources, seawater is the primary polluter of groundwater in the coastal region of Odisha. Additionally, it reported that groundwater quality varied more along India’s eastern coast than its western coast. This limits access to underground water resources, the onus of fetching water usually falls on the women and they are forced to travel long distances or wait in line for a community hand pump. Kuntala Rout, 58 years old from Kaliapat, Odisha spoke to IndiaSpend about how she spends three, sometimes four, hours to fill enough water for everyone in the family, walking to the only hand pump 500 m outside her village. A single trip of hers can take as much as 20 minutes to an hour, depending on the crowd around the hand pump. And of the four-hand pumps in Kaliapat, only one produces potable water. Water from the other hand pumps has turned saline.

This report is yet another reminder of the urgent action we need to take collective. It also shows that those that contributed the least to the climate crisis have been impacted the most. While we may not be the cause of the climate crisis, we have a collective responsibility to do our part in preventing it from worsening.

ShopClues takes Fake Hymen product down their website. Here’s how 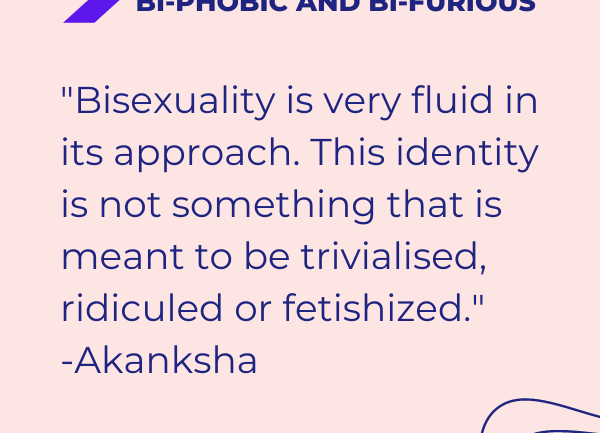