This year, we saw the ocean on fire, water shortage in India and Kenya, Cyclones and floods in India, Africa and even Germany. This was followed by the new IPCC report with warning signs of where the climate is headed. All of this coupled together sent waves of emotions among the youth, some were hopeful, some were anxious and some spread messages of climate doomism.

To understand how young people in the climate and environmental movement are dealing with compassion fatigue and climate doomism, we spoke to activists at There Is No Earth B (TINEB). There Is No Earth B (TINEB) consists of members who primarily started off doing clean up drives around Delhi and then charted out into different aspects of environmentalism. Now they are based all over the country and work with locals on a wide range of environmental issues. Their weekly cleanups are still going strong and as of the beginning of September, they are at their 252nd clean up drive.

“The IPCC report did bring a lot of sentiments of doom but the way we see it, it’s a way to remind us that this is not the time to give up, on the contrary, this is the time to lobby as much as we can, educate more, listen more, help communities that are at immediate risk, and be bolder in our demands – because even if it may seem like our fate is sealed, we cannot become a self-fulfilling prophecy despite having all the science right in front of us. Climate doomism cannot become another excuse for continued inaction. All of us are responsible for destroying the environment which is all the more reason for us to become proactive and take actions. This is only the end if we let it be the end.” said young activists from There Is No Earth B post reading the IPCC reports.

This does not mean that there isn’t grief and angst. “It’s a mixture of emotions like anxiety, grief, and hopelessness with smudges of motivation. Events around the world like the climate calamities bring a sense of reality check and helplessness but we are also aware that we aren’t experiencing the worst of it considering how the climate crisis impacts all of us differently and the marginalised communities are far more at risk, which makes it all around worse, and is also one of the reasons we believe in aiding and assisting local and marginalised communities as our utmost priority. All of that with the lack of action and will from the government both nationally and internationally, the issues become more severe.” they added on how it’s not all roses and daisies. While young people strive to take climate action despite their emotion, not everyone is on the same page.

The IPCC brought back climate doomism. Climate doomism places environmental action on the back shelf and says that humans are done for. It is known for crushing any hopes and dreams of the young. People who work in the environmental sector often go back home thinking that their work did not amount to anything and that we are indeed “doomed”. Climate doomism is almost as bad as climate denialism because both of them stop action.

But oppression and its interconnectedness with the climate crisis does not stop. People are left scrambling fighting for their existence, their identity and their homes amidst all of this uproar. Likewise, young people in India continue to take action against the human induced climate crisis despite it all. Compassion fatigue is not uncommon among the youth but they haven’t let it hold them back. “Compassion fatigue is definitely not a walk in the park especially when you see people with power ignoring the truth and spreading lies and the general public with so much apathy. But, what helps is knowing that there are people beside us, who care just as much as we do and will go to exorbitant lengths to save this earth.” said activists from There Is No Earth B.

“We’re not alone, hundreds of thousands of people across the globe understand that this fight is not just out of compassion but also out of necessity. At the end of the day even if caring can be exhausting, compassion is the only thing that keeps us going, it’s what humanity survives on. Pandemic was the perfect example of this, with everything going on, we worked round the clock for providing resources, verifying information and amplification of requests, some of us fell prey to compassion fatigue. During this time, we relied a lot on peer support and the kindness of complete strangers to remind us that we are in this together!” said TINEB when asked on how they are working around compassion fatigue during these challenging times.

While young people are pushing for climate action, the government is yet to catch on. Civil societies across India have mentioned that India is behind on climate action and young people have had to face the brunt of it. Just last year, TINEB’s website was taken down for engaging in public discourse on the draft EIA 2020. They had their website suspended and notices served. This hasn’t held them back and they go on. “Despite the constant reminders that we need stringent actions and interventions to counter climate change, there is blatant apathy from the government, industrialists and even the people. None seem to take the climate crisis seriously. The inactions along with the narrative of climate change deniers, brings an overwhelming feeling of helplessness and angst.”

Compassion fatigue, apathy from the government weren’t TINEB’s only challenges. As a group that primarily focuses on clean up drives, it was impossible to have a digital model of the same scale so they changed the way they work and shifted to digital campaigns and work around policy. Having to move their operations to fully digital campaigns has not been easy, they had to change their functioning around but they got creative. “Our work spans over various mediums, from groundwork, cleanups to digital advocacy and activism. During the pandemic, we organized virtual waste-to-art sessions, digital awareness campaigns, tweetstorm and so much more to keep the fight going during the pandemic. We provide support to local communities by listening to their environmental grievances which are largely human-made and empower them with tools of change. We facilitate and support them in their movements, give voice to the unheard by spreading awareness through our network, social media and website. We provide technical support by creating email petitions, fundraisers, requesting the public to stand with locals, reaching out to the public regarding issues of locals, arranging twitter storms etc.” they commented.

They have kept their silver linings amidst all this because it is hard to let go. It is hard to imagine a world where all of us collectively stop working for the survival of all of humanity. TINEB is community driven because they believe in working for all of us. They welcome people to work and join them in any capacity. They strongly believe that we have too few people in the climate movement and they would much rather have a lakh imperfect environmentalists than a thousand perfect ones. 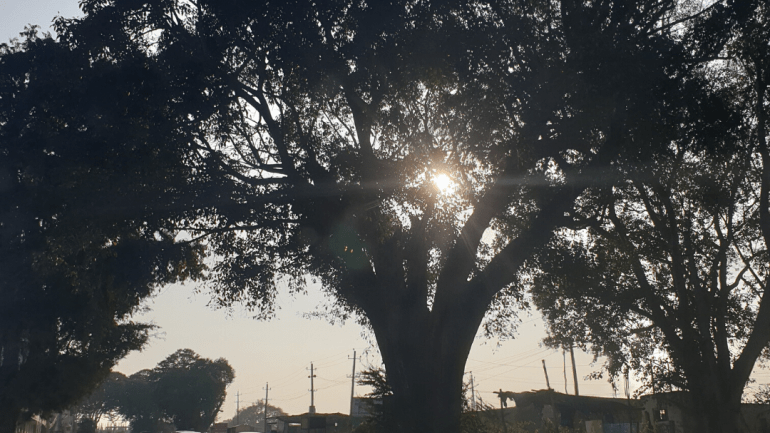 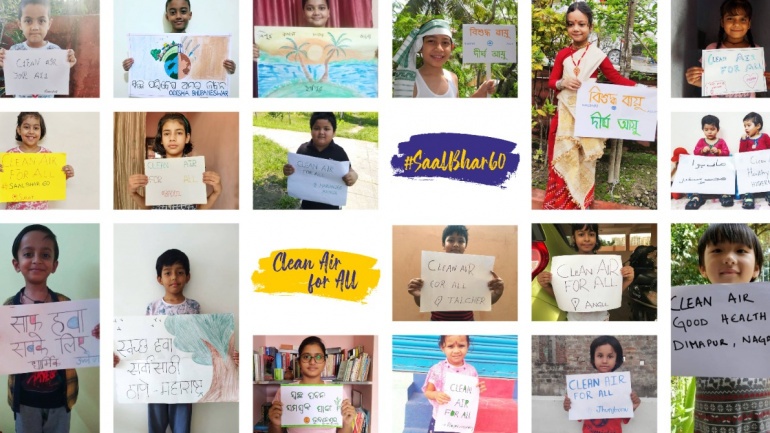 Citizens from over 130 cities call for #SaalBhar60