According to Mayo Clinic, “Bipolar disorder, formerly called manic depression, is a mental health condition that causes extreme mood swings that include emotional highs (mania or hypomania) and lows (depression).”

While most of us experience mood swings, the mood swings in Bipolar Disorder are considered extreme and it usually ends up in extreme forms of depression (emotional low) or hypomania/mania (emotional high)

While symptoms may vary over a period of time, Mayo clinic lists down hypomania, depression as the common ones. The causes of Bipolar Disorder are unknown but several factors such as biological difference in brain and genetics are some commonalities found amongst those with the illness.

It can often be hard to recognise bipolar disorder. There are people who go as much as 10 years without being diagnosed for it. It is a lifelong disease but it can be treated with medication and psychiatric help.

So now more than ever, it is important to normalise conversations around mental health and it’s treatment. In this blog post, we spoke to Lyla, who has been diagnosed with Bipolar Disorder to understand their lives and how best we can support them.

1) What are some of the common myths around having bipolar disorder?

Bipolar Disorder is often confused with Borderline Personality Disorder (BPD) and vice versa. This is one of the biggest challenges as the right diagnosis does not happen on time or it can lead to a person being wrongly diagnosed. Those who are generally unaware about bipolar disorder consider it to be mood swings, it is considered temporary and controllable. Although mood swings are a major component, the disorder is genetic and has several aspects to it. There’s no way to prevent the disease however, getting treatment will prevent it from worsening.

2) What is one thing you wish people knew about Bipolar Disorder?

A lot of people are unaware about mental health issues. We need education around mental health and we need to normalise conversations around the same.
Back home in Rajasthan, there are cultural practices where women are brought to temples claiming that they are “possessed”, they are ill treated at the temple and this further stigmatises conversations and treatment. Another instance is when a husband dies, the wife is accused of “eating the husband” and the lines of law are blurred and killing the woman becomes acceptable.
Most of these women show signs of bipolar disorder or/and Post Traumatic Stress Disorder (PTSD). They showcase mood swings, anger and these emotions are often considered unacceptable in a woman. They are called slurs and names like “witch” and shunned from society. They are left at the mercy of the pandits in these temples until their death. A lot of this stems from deep rooted patriarchy and lack of awareness around mental disorders.
Bipolar disorder often shows symptoms at the onset of puberty and isn’t just a regular mood swing. With more people being aware of the issue, diagnosis and treatment would become easier. This would prevent the disorder from worsening.

3) What's the best way for a loved one to support you?

The best way for anyone to support them is through education and empathy. If someone sees the symptoms, they shouldn’t delay the process, they should take them to see a psychiatrist. It’s not just an emotional imbalance. Treatment is of utmost importance. Prevention of the disorder is not possible so being able to understand the symptoms and seeking professional help is important.

4) What are some things you do to manage your bipolar disorder?

Exercise keeps me going. Sunlight, the right kind of nutrition helps, they sound simple but they are effective and it is very hard to do especially when you hit your depression cycle. I also have visual cues of what keeps me grounded. This helps in making sure that I am actively aware of what is happening in my body and mind.

I’m a wellness food curator and chef and this greatly helps me. Every food creates a chemical emotion, for example adrenaline feeds on acidic medium of food so I avoid foods of that medium. If I were to give in to my cravings, it would take a toll on me. It’s difficult to come out of that so avoidance and discipline is key.

Physical affection like hugs and cuddles go a long way. I am lucky to have a dog who supports me through this. I have learnt to see the signs of a depressive or hypomanic episode so I try to control it through medication. Missing medication causes noticeable signs of mood swings and varying emotions.

5) How did you first discover you have Bipolar disorder?

In 2018, I had completely collapsed. I was involved in a couple of projects, I was also in the middle of moving houses. There were a lot of things going on and while it excited me, it also created a toll on my emotions. After a while, I was unable to do anything. All my past traumas showed up as I had not created time and space to resolve this. The feeling of depression was not constant but I was unable to get out of bed on most days. I started to do research to understand what is happening. Initially, I was quite reluctant to seek medical help and I thought I could handle it on my own but since the situation got worse, I decided to see a psychiatrist. After a lot of back and forth and misdiagnosis from a few doctors, I finally got the diagnosis in March 2019.

There were a lot of incidents in the middle that caused a lot of distress. I was relieved to finally understand what caused it and how I can work around it. The right diagnosis is super important. I was lucky to have gotten it this early as most people can go upto 40 years without being diagnosed.

I would suggest anyone with symptoms of Bipolar Disorder to seek help professionally. You cannot prevent it but it is treatable. It is important to ensure that it does not get worse as that can greatly affect all aspects of your life. 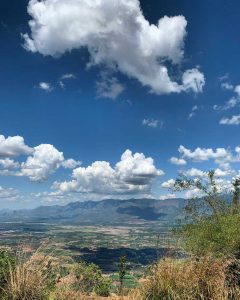