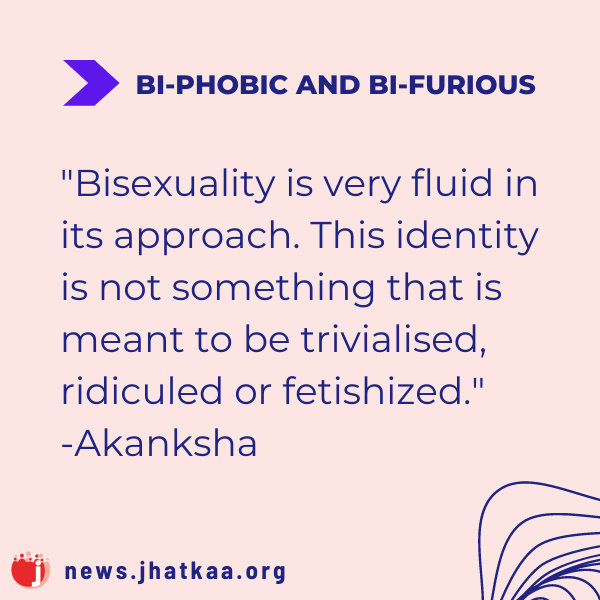 People are quick to jump and say that bisexuals “enjoy the best of both worlds” but the truth is that it isn’t just “two worlds”, the prefix “bi” is misconstrued, “bi” means more than one, i.e., two or more. Bisexuals are often reduced to being “not gay enough” or “not straight enough”. Here, we speak to a few people who are bisexual to understand their experience.

1) Have you experienced bi-phobia in the LGBTQ+ community?

Venus (name changed)
Yes, I have experienced  a sense of hostility from some people belonging to the community, they definitely consider that maybe bi people are “privileged” because they can still be in a relationship conforming to the heteronormativity of the society which is just such an insensitive and dismissive belief because it clearly invalidates the scrutiny that bisexual people have to face on a daily basis!

JK
Yep, been told several times by people that bi ppl are ‘half straight’ or that I’m not a ‘real queer person’ because I only dated men for a period of time.

Akanksha Sharma
Well yes. When I first came out, the first place I thought I would begin experimenting with my sexuality is on dating apps. The first thing I remember was when I first went out on a date with someone who identified as lesbian, she dismissed me and said that I was not gay enough for her. That was one of the starting points for me. I often hear from some lesbian women that I am simply not gay enough for them and it is very hurtful.

Akanksha Sharma
It’s really a double-edged sword. On one end, it’s being perceived as not gay enough and on the other, it’s being not being straight enough. The consequences of the latter has always been that we are fetishied, largely due to the way bisexuality is represented in media like porn. People think of bisexuals as sexually promiscuous people. It’s being harassed by men on dating apps or being propositioned for threesomes when you may not even be interested in that sort of thing. It is also pretending that bisexuality is a phase. Oftentimes people tell us that we will have to pick a side eventually.

Snehanjana
Bi-phobia can look like women thinking that I am flirting with them when I am just normally talking to them. Men ask weird questions like “How was it like to be with women?” Or “Which one was better? Sex with a man or sex with a woman?”

3) How can straight people be better allies to bisexuals?

Akanksha Sharma
By hearing us out and not presuming things on our behalf. Bisexuality is very fluid in its approach. This identity is not something that is meant to be trivialised, ridiculed or fetishized. Do not assume every bisexual is the same, we are people at the end of the day with different sentiments and ways in which we express our attraction. Be willing to hear out the nuance in how one expresses and accepts their bisexuality.

Rahul (name changed)
Straight people can be better allies by just doing one and one thing, treat us the same way you did before we came out to you. Don’t fall for the hypersexualized, “confused” tropes. If I wanted to be with you, you would know it. It changes nothing about our friendship, and the biggest way you can support us is to normalize it and not feel “threatened”.

IJ
I think self education is the first, most important act of being an ally. When you learn about LGBT history with the aim of expanding your own understanding of attraction, you will be so much kinder to the bisexual and gay friends in your life. Rather than approaching it as a “learning-about-Them” way. The less straight people other us and try to fit us into their limits of understanding, the more likely it is they may learn things about themselves too. That’s what happened to me

4) How can people within the LGBTQ+ community support bisexuals better?

IJ
Personally, I think it’s not very common for members of the LGBT community to be biphobic. That’s just because I’ve been lucky to experience my journey with good people. However, I do think there is a toxic culture of fixating on assigning labels to the smallest aspects of attraction. We’re all on a spectrum, and I think inclusive language + encouraging young people questioning their feelings to be expansive about our community will help them connect with themselves so much better. No more telling people they’re “bi now, gay later!”. And no more hyper fixating on miniscule labels. We need exploration.

Venus
Well, most of them already do, which is a good thing, however that sense of hostility and bitterness that some queer people have towards bisexuals just based off some stereotypes can be extremely problematic as well! I see some queer people dragging bi people and making jokes about them on the timeline and they think that its okay for them to cross boundaries because they are a part of the community too which is definitely not true because let me tell you, as a matter of fact, we as bi people who are unable to come out to the people in our real life consider the LGBTQ+ community our safe space as it gives us a sense of belonging but seeing such harmful stereotypes about bi people being perpetuated by the members of the community itself just hurts on a whole another level

Prannv
By considering confusion to be cool and providing resources/connections/knowledge/information to folks who are dealing with confusion or self identity issues, by celebrating non-loyal and polygamous relationships.

5) Do you think bisexuality is inherently transphobic?

Venus
Absolutely not! It’s been said countless times that trans men are men and trans women are women! So, anybody that believes otherwise is obviously being transphobic but you can’t take that one person’s transphobia to stereotype the entire sexual orientation! Also some people do come up with the argument that bisexuality excludes non binary people because it has the word ‘bi’ in it and it implies that there are only two genders (which is absolutely not true) so I’m going to quote from this IG reel that I saw from a fellow bisexual psychologist a few months back as I believe that he described bisexuality in the best way possible, he said and I quote “bisexuality doesn’t imply that there are only two genders, the ‘bi’ in bisexuality stands for 1) attraction towards people of the same sex as you 2) attraction towards all other people despite their gender expression which encompasses pretty much all the people” so there’s no inherent transphobia in bisexuality!

JK
I personally don’t think so because bisexual is such a fluid term. For me, it includes everyone of all gender identities. However, and I must say that I’ve only seen a handful of cases of this, I’ve seen some bi ppl online use their sexuality as an excuse for transphobia.

Akanksha Sharma
To answer this, I’d like to take a page out of the Bisexual manifesto from 1990. In it, it is mentioned: “Do not assume that bisexuality is binary… in fact do not assume that there are only two genders”, And that is the point. Bisexuality is fluid in its approach and has always been inclusive of other genders. There is nothing transphobic about bisexuality, which is something many have led themselves to believe, largely due to representations of bisexuals that have been made in history. 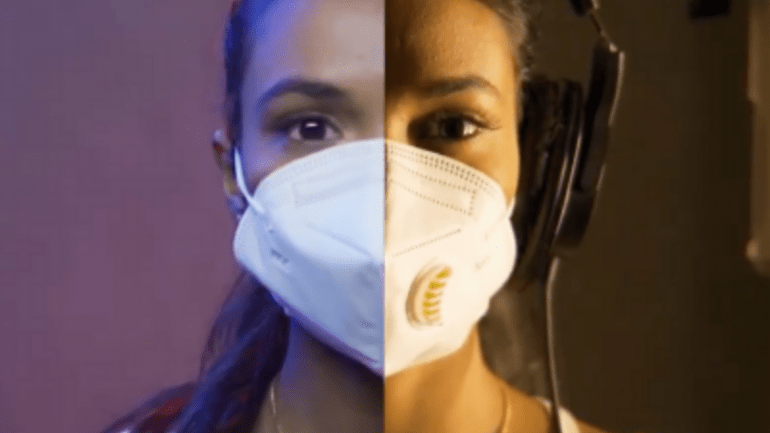 Do Paiyon Wali Azadi: Campaign calls on citizens and governments to to #ResetWithCycling 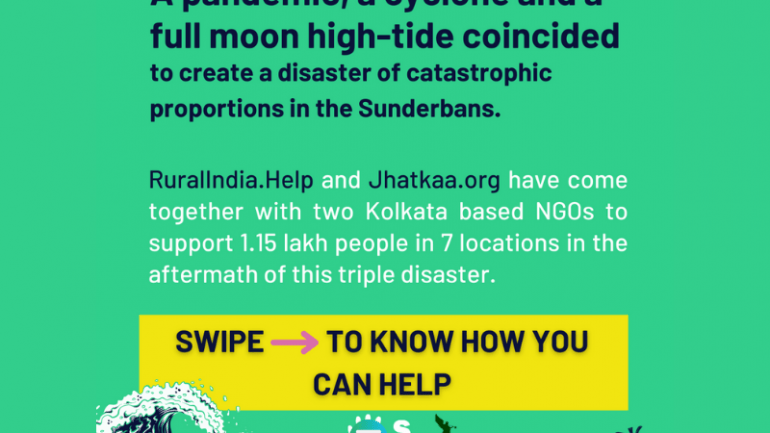