The joys of riding a bicycle in Delhi are numerous and varied. For one, it is a cheap and environmentally friendly mode of transportation. Cycling provides a welcome respite in a city plagued by air pollution and traffic congestion. It allows one to avoid the high cost of owning and maintaining a car.

In addition to the practical benefits, cycling also offers a sense of freedom and adventure. With a bicycle, one can explore the city at their own pace, discovering hidden gems and taking in the sights and sounds of the bustling metropolis. The feeling of the wind in your hair and the sun on your face is invigorating, and the sense of accomplishment after a long ride is unparalleled.

But for many lower-income groups in Delhi, riding a bicycle is not a choice. It is a necessity. With limited access to other forms of transportation, they rely on their bicycles to get to work, run errands, and take their children to school. For them, cycling is not a leisure activity but a daily struggle to survive and provide for their families.

However, cyclists in Delhi face multitude of challenges. Some of them being the inaccessibility of cycling lanes in Delhi, the lack of Public Bicycle Sharing System(PBSS) and the lack of bicycle lanes and cycling infrastructure in the city.

The lack of proper PBSS creates a huge challenges in usage of cycles as a mode of transport in the city. People often notice the availability of bicycles and docking stations before making a decision on using the PBSS. If the system is not adequately funded or maintained, there may not be enough bicycles or docking stations to meet demand, particularly in areas with high population density. Another reason is the cost of using the system. If the fees for borrowing a bicycle are too high, or if there are additional fees for docking the bicycle at a different station, it may be cost-prohibitive for some people to use the system.

“I sometimes use an Public Bicycle Sharing System by downloading an app and paying for it. It’s not always easy, and it is time-consuming to locate a bicycle that works and get the app and file out the details required,” said Prabha, a regular user of the e-bicycle apps.

In recent years, however, the rise of bicycle-sharing apps has attempted to make end to end connectivity for metro users in Delhi. But these do not come without their own challenges. While app-based bicycle companies have made efforts to expand their networks and increase the number of bikes available, some areas of the city are scarce. This can make it difficult for lower economic classes who live in these areas to access app-based bicycles.

An additional difficulty is the issue of too much documentation and verification needed before usage. This can be off-putting and inaccessible to the masses. “Apps often ask us to verify our identity through an Aadhar card, and then you have to load Rs.1000 as a minimum balance, which can make it challenging to use the app. It’s easier to take the metro.” said Satyam who is still on the fence about app-based cycles.

Another challenge is the issue of maintenance and upkeep of the bikes. App-based bicycles are typically used by many different people, and this can lead to wear and tear on bikes. If the bikes are not properly maintained, they may become unsafe to ride or may break down altogether. This can be a major inconvenience for users, especially those who rely on app-based bicycles as their primary mode of transportation.

Adding to these issues, people have concerns about the risk of collisions with other vehicles, as bicycles are often not given the same level of visibility and protection as cars. Bicyclists may also face challenges with navigating busy streets and intersections, as they may not have the same level of visibility or predictability as other vehicles. Additionally, the lack of bicycle lanes can make it difficult for bicyclists to maintain a consistent and safe speed, as they may have to swerve or slow down to avoid obstacles or other hazards. The lack of bicycle lanes can also discourage people from cycling, as they may feel unsafe or uncomfortable cycling on busy roads without dedicated infrastructure.

This fear has kept a lot of cyclists off the streets. It is important to change this because bicycle lanes are an important transportation infrastructure. Improving the PBSS and providing a dedicated space for people who choose to travel by bike can help to reduce congestion and improve traffic flow on the roads. This is especially important in a city like Delhi, where traffic can be heavy and roads can be crowded. Finally, making cycling accessible can also promote a healthier and more sustainable mode of transportation, as cycling can help to reduce air pollution and improve public health. Overall, the importance of bicycle lanes in Delhi cannot be overstated, as they provide a number of benefits for both individuals and the community. 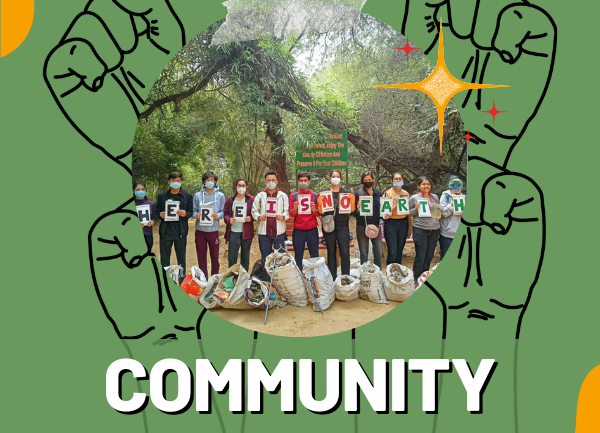 Community Leaders: There Is No Earth B