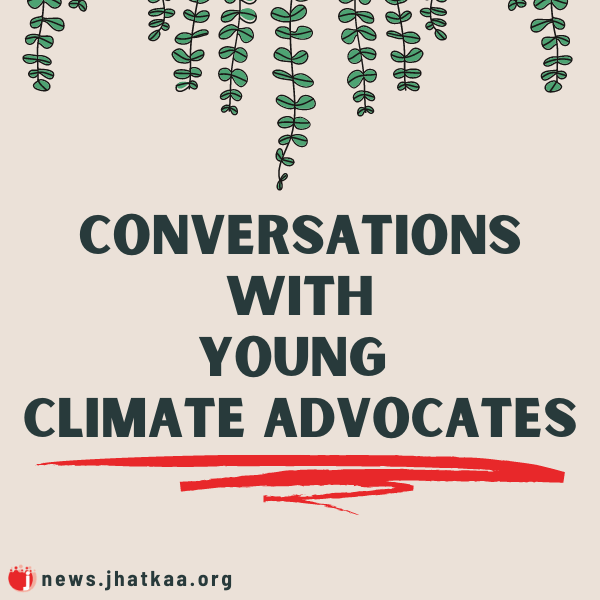 On the occasion of World Environment Day, we spoke to a few young environmentalists on why they started our being an activist and what is the one thing that everyone should know about environmental activism. Read on to find out more.

1.Why did you start off as an environmental activist?
I had attended Friday strikes for a few years but the real shift to becoming an activist happened about a year ago when I was having a discussion with a family member about the intricacies of global warming and their exact words to me were “all this is just for you science people to know”. I realized they weren’t wrong, because we do tend to use a lot of jargon in the field whether it is in research papers or interviews or books and it is likely that someone who doesn’t have a grasp of the jargon will be out off from reading or learning more. So since then I decided to try and simplify any climate or environment related thing I come across. I started of small, taking over my mom’s classes for specific chapters and then moving to local schools, moved on to using my social media and then became a volunteer at fff India which is the ultimate place to be able to reach a large audience. So I guess in a nutshell, I started off because I saw people staying unaware of the crisis not because they didn’t care but because they didn’t understand and I saw an opportunity to change that.

2. What is the one thing everyone should know about environmental activism?
The topmost thing I have learnt is that you need to know when to slow down and take a break. Environmental activism never really stops, the climate crisis is an ongoing issue, there’s new research every day, new news every day, both national and global. More importantly, not all of this is good news and we don’t realize it always but it does creep in to affect your health at times. I used to think this is what I’ve signed up for and I need to keep going but I learnt the hard way that nothing is worth sacrificing your health. So the one thing everyone should know is that environmental activism involves eco anxiety and burnout which are virtually inevitable and you need to have mandatory time offs from the work to recuperate and get back stronger.

1. Why did you start off as an environmental activist?
It all began from school. We had dedicated chapters for how to go sustainable, were made to believe the climate crisis would be solved by electric cars.
As someone who loves cars, I have an inkling of how false that is. I was tired of being made to believe in fantasy technology when the cheaper, and more reliable solution was right there in front of us – Acknowledging the climate crisis.This was around the time Greta made headlines for her school strikes. I had realized then that I had the position to acknowledge the crisis myself and hence, I signed up to be an environmental activist.

2. What is the one thing everyone should know about environmental activism?
Activism is not a choice. Ignoring crises intentionally is. One cannot expect a handful of people to compensate for the world’s collective neglect. Not being an activist does not mean one can ignore what is happening beyond the door sill.And as a request, one should not expect an environmental activist to be all perfect from being a vegan to driving around in an electric vehicle; the need for system change is clear. Especially when ‘non-activists’ are not held accountable the same way we are for their unsustainable ways of living.

1. Why did you start off as an environmental activist?
The reason that I started was because I read about climate change and I would see news on how there are floods in different part of India, that’s when I came to know about the relation about climate change and these disasters. The lack of action was terrifying and people’s life was at risk. Everyone knows that we are going to face bigger disasters but no one was doing anything. This made me question if there is anything I can do to turn the situation around. That’s why I started.

2. What is the one thing everyone should know about environmental activism?
It’s not just going to the streets and shouting slogans, there is a lot of background work. We learn and unlearn a lot of things, we also learn about how different communities are impacted. Environmental Activism does not necessarily mean always being critical of the government or against development. It is about taking steps that harm the environment the least but unfortunately, all over the world, we are destroying our planet for money and we are overlooking key environmental factors which will end up being harmful for all of us.

1.Why did you start off as an activist?
I had been volunteering with different groups and initiatives to help and empower marginalized communities and areas since my high school, but in October of 2018 I was drawn towards the space now we refer as ‘environmentalism’ or being an ‘environmental activist’. The major reason for this sudden shift was reading up a report released in that month by IPCC and bearing brunt of living world’s most polluted city i.e. Delhi. People in Delhi are not living the life, we are merely surviving.
With almost everyone I know, have compromised immune or respiratory system, in fact by the end of 2018, I got diagnosed with an immuno compromising disease. So, one thing led to another and with taking everything together, I couldn’t in my right conscience, sit back and do nothing.
We need to work to extinguish the fire, find what caused it and fix it.

2. What is the one thing everyone should know about environmental activism?

To quote my friend Ayisha S here, “I am now critical about the title “environmentalist” Etymologically, the word environment stems from the root
concept of “envirnos” which can be defined as nature that surrounds humans and is exclusively outside of us. Environmentalism as a study assumes humans are the center fulcrum in the systems of nature. That nature exists to serve us, that earth is a home that belongs to us as opposed to a dwelling we occupy temporarily. Spiritually, cosmologically, and politically I do not consider the non-human world as objects to put artificial value on. In fact, there is an unequal relationship between the two; humans have disproportionately more to gain from nature and the objects that compose it, than nature does from us.
The term Activist and Activism has also commodified that people are using it to self-identify as heroes. The activist industrial complex coupled with personality cults are as counter revolutionary as they get. They have pacified the winds of change so much so that anger, stories and hope has been replaced with celebrities and PR management.”

We hope these stories urge you to join the fight against the climate crisis. Everyone is needed in the battle against extinction. 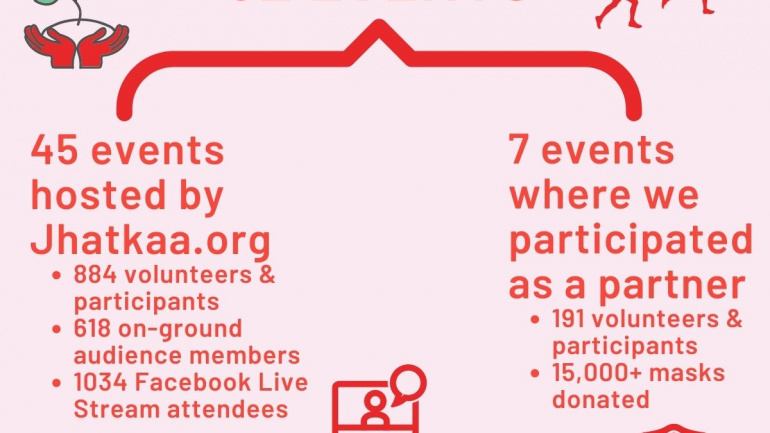 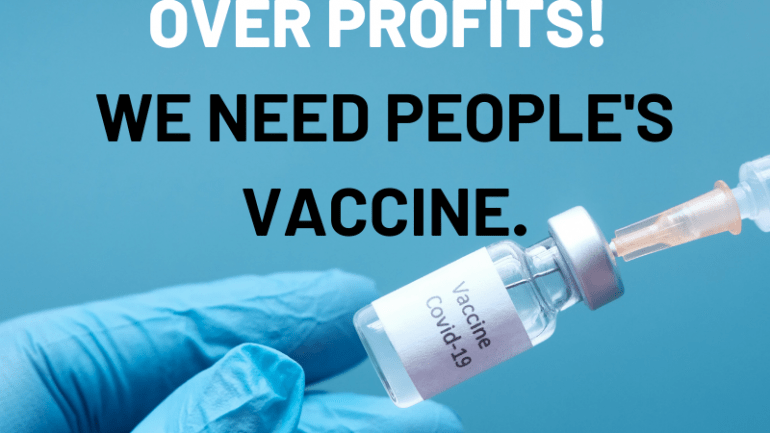 People > Profits : The key to ending the Covid-19 pandemic!